Cultural Program with dinner in Jaisalmer

Visit to Taj Mahal in Agra

Report by 4:30PM at Safdarjung Railway Station for traditional welcome including garlanding, tikka and turban & check-in formalities for the ‘Week in Wonderland’ train tour. Free time for photo-shoot with traditionally attired Palace On Wheels staff. At your leisure, proceed to Bar Lounge for complimentary welcome drink. The train departs at 6:30PM & dinner is served.

Breakfast is on-board, followed by royal elephant welcome at Jaipur Railway Station. Then proceed to visit St. Albert Museum, Pink City Palace & UNESCO World Heritage Site of Jantar Mantar (sun observatory). After a brief photo stop at Hawa Mahal (Palace of Winds), the sightseeing tour reaches the excursion to UNESCO World Heritage Site of Hill Fort Palace of Amber. Enjoy an elephant ride up the steep ramparts of the fort. Lunch is held in the 1135 AD Boutique Restaurant, located in Fort premises. Later discover the beauty of 16th century well preserved Fort Palace, with huge courtyard’s and built in rare fusion of combined Rajput and Mughal architecture. At around 5:00PM, visit the vibrant local market for shopping. Return to Palace on Wheels train around 6:00PM & depart for the next destination. Dinner is served.

After an early morning in the forest lodge, proceed to jungle safari inside Ranthambhore Tiger Reserve. One of the most popular reserves in India with a rich history; the jungle is home to tigers, panthers, sloth bears, pythons, marsh crocodiles, hundreds of deer and numerous birds. Truly a delight for wildlife lovers. This afternoon, the Palace on Wheels train reaches Chittorgarh Railway Station. Begin excursion to UNESCO World Heritage Site of Hill Fort of Chittorgarh, spread over a huge plateau – with history dating back to 11th century. It is considered to be the largest fort of India. In the evening, enjoy Sound & Light program in fort complex & later return to train for dinner.

After breakfast proceed to UNESCO World Heritage Site of Jaisalmer Fort, which seems straight out of an Arabian Nights fable. Enjoy a leisurely walk through the 15th century built living Fort complex, standing at a height of hundred meters over Jaisalmer town & glows golden in the afternoon sun. Then visit Patwon ki Haveli, one of the largest and most elaborate mansion houses. Nearby is located a group of 15th century built Jain Temples, which are beautifully carved & have a library hosting some of the oldest manuscripts of India. Proceed for lunch to 5-Star Hotel & later return to train for tea. Late afternoon excursion to Sam sand Dunes in Thar Desert for Camel joy ride during sunset. Later enjoy Cultural Program & Dinner at 5-Star Hotel.

Train arrives at 08:00 AM in Jodhpur and after on-board breakfast proceed for sightseeing of 16th century built Mehrangarh Fort, atop a rocky hill which soars 125 Mts. above Jodhpur town. The Palace complex it is approached by a series of gateways set at an angle so that enemy armies could not charge, with any success. Once past the Fort gates, you have access to breath taking Palatial Apartments (Mahal), overlooking wide courtyards. Inside the fort complex is a museum having wide & impressive collection of royal dresses & medieval weapons. Nearby the Fort complex is located, late 19th century built Jaswant Thada, a cluster of royal cenotaphs in white marble. Later visit museum at Umaid Bhawan Palace, displaying personal artifacts of H.H. Maharaja of Jodhpur. Lunch is served at Hanwant Mahal Boutique Restaurant.

Begin the day at the UNESCO world Heritage Site of Bharatpur Bird Sanctuary& enjoy cycle rickshaw ride to view many of 375 species of both local & migratory birds (from places like Sri-Lanka, Europe, Siberia, China and Tibet). The train brings you to the railway station on outskirts of Agra. The sightseeing tour starts with a visit to the UNESCO World Heritage Site of Agra Fort, the seat of power of the once mighty Mughal Empire.
Lunch at ITC Mughal Hotel is followed by a visit to the majestic Taj Mahal, one of new 7 wonders of world.

The Palace on Wheels returns to Delhi’s Safdarjung Railway Station where you will check out after breakfast for your onward journey.

Prices are land only per person based on double occupancy. Restrictions apply.

See India like never before on The Palace On Wheels luxury train journey. This 8-day journey, traverses across the huge terrain of Rajasthan and Agra where you will travel like a maharaja with a personal butler, luxury amenities – that’s only a sampler of what you can expect on this once in a lifetime experience. 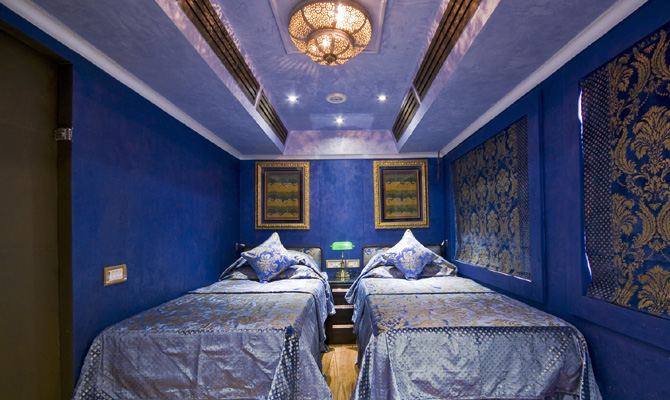 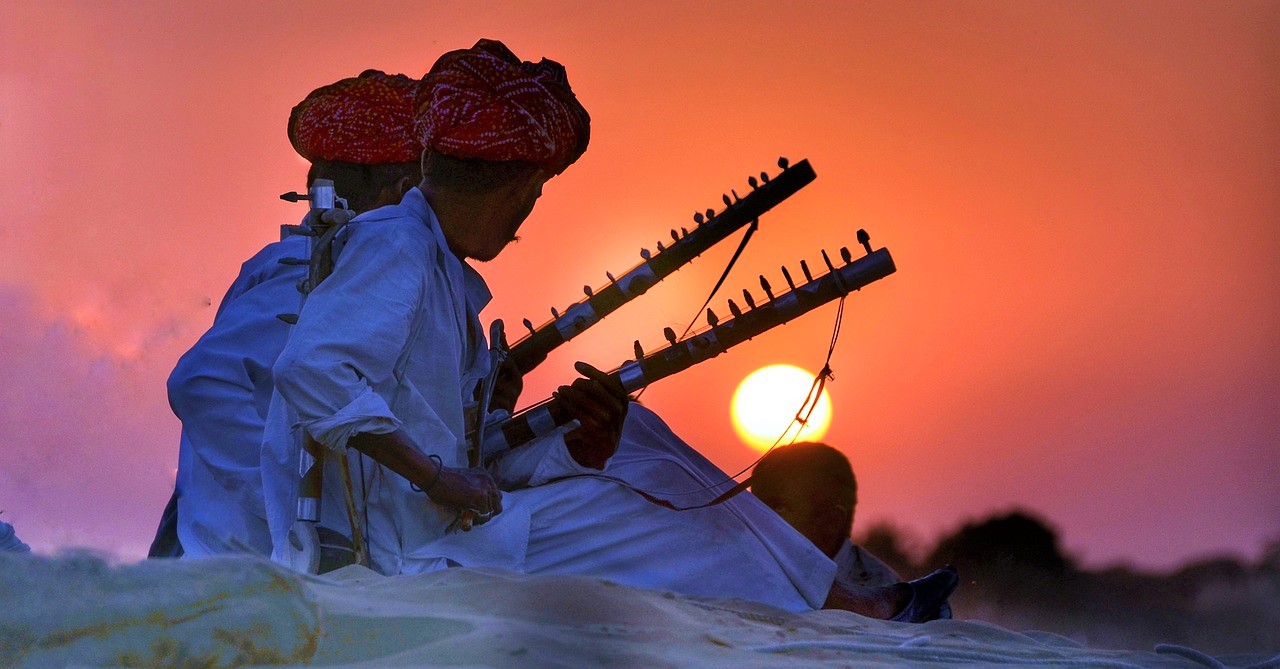 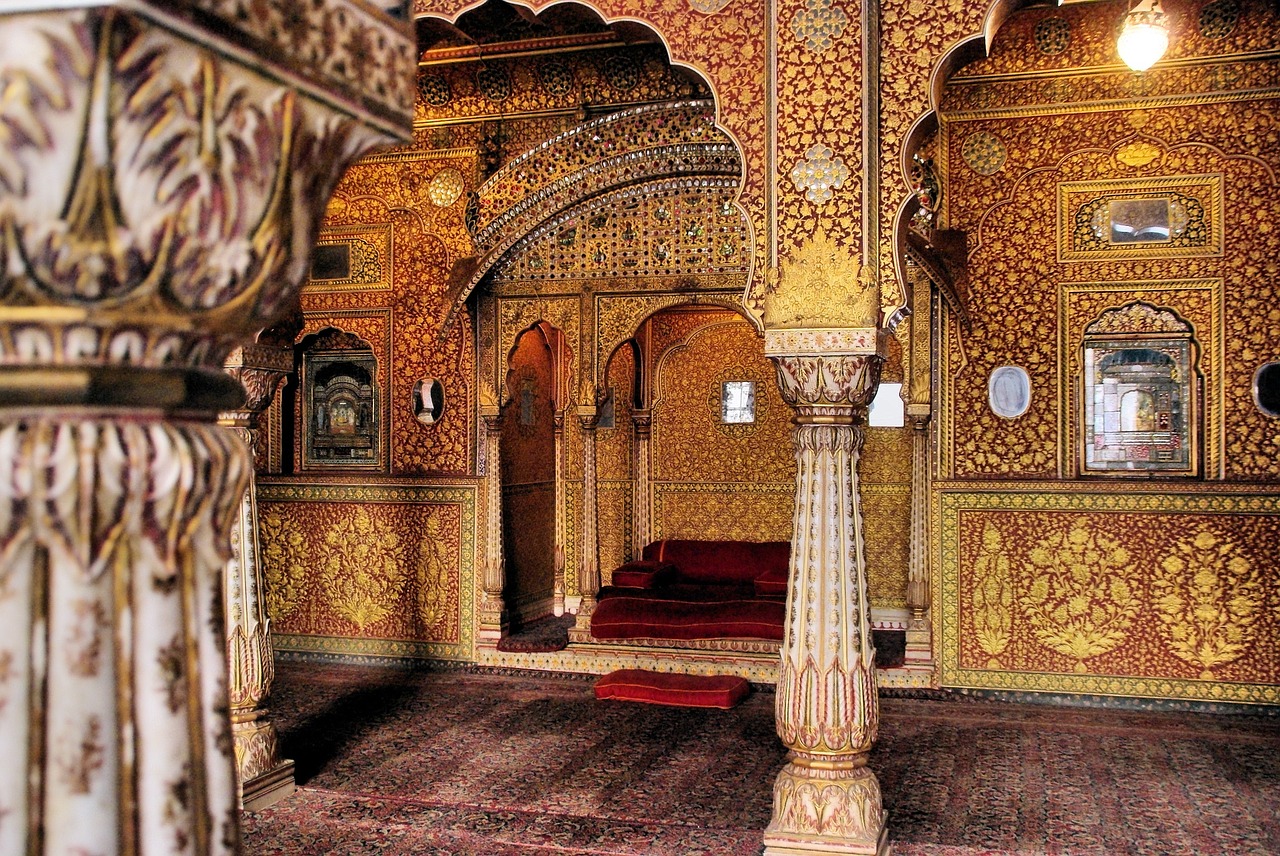